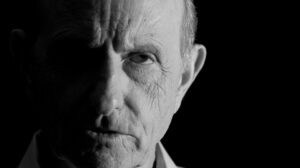 “I’m running for Congress to protect our children and our borders,” Edwards says in the campaign ad. “I can’t see another school shooting or watch millions illegally cross our border. We must act.”


Edwards, running for Florida’s 7th District, has campaigned on gun safety reforms, like universal background checks for all firearm purchases and the use of personal protection orders. Edwards’ proposals are modeled after Florida’s gun safety reforms, which Tallahassee Republicans implemented in the wake of the Parkland shooting.

“We can protect lawful gun owners and keep guns away from those who want to hurt our kids,” Edwards says. “We can do it. We must do it.”

The Florida primary election is approaching on August 23rd and Edwards is locked in a tough battle among eight candidates running for the Republican nomination.