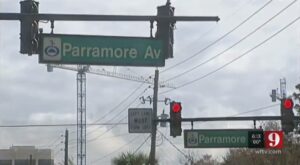 In a troubling, but sadly not surprising report from WFTV’s Angela Jacobs, a new Harvard study linking pollution with higher COVID-19 death rates raised additional concerns in Parramore. Jacobs has been providing in-depth reporting on the environmental injustice issues plaguing West Orlando for quite some time, and in her latest update she revealed that it’s no coincidence that Parramore is one of the county’s hot zones for coronavirus infections.

First, let’s set some context on the issue and make some things very clear. This is not about genes, or what individual residents have done. It’s the social and economic conditions the city created, city policy and city refusal to admit the truth on certain issues – like environmental justice issues. The local Orlando environmental injustice and horrible economic conditions in West Orlando over the years compound the virus risk.

For years, people like Lawanna Gelzer and myself along with many Parramore residents have demanded the City of Orlando focus on the environmental concerns on the west side of town. There is no one to blame except the local politicians like Buddy Dyer, who has been in office too long to make any excuses.

In fact, when Mayor Dyer was first elected he said to judge him based on Parramore. The gentrification was bad enough, but now his neglect over years and years in office have literally put our neighbors and fellow residents in this increased risk situation. The City Council, acting as a rubber stamp for Dyer, has too long neglected the reality of Parramore’s destruction. I raised these issues during the 2012 local election and yes, the Dyer damage is done. But it’s time for the City Council to finally act and make things right for Parramore.

In short, Dyer’s record has been a disaster for people in Parramore and West Orlando and this latest report by Angela Jacobs just makes it worse.

If you think of Dyer’s record, only gentrification projects like the Amway Center, the MLS stadium and Creative Village have received resources for clean-up. Those areas have without a doubt needed serious remediation and environmental funding before redevelopment was possible. But the residents and neighborhoods? Nothing for them. The Mayor and City Council have ignored Lawanna Gelzer requesting studies, support and funding for years.


Buddy Dyer and the City of Orlando have put profits over people for years, and their actions, or lack of action, have been detrimental to environmental justice communities including our most vulnerable in Parramore. Once again, this is a call-to-action moment for the City of Orlando. I think there’s a real opportunity for Commissioner Regina Hill and newly-elected City Commissioner Bakari Burns to stand up to Mayor Dyer and demand the City Council address the fundamental inequalities facing West Orlando.

The socioeconomic disparities in Orlando under the Dyer administration are exemplified by Parramore. But your zip code or address in Orlando should not determine your level of risk. Maybe now Buddy Dyer will no longer be able to look the other way.

From WFTV’S REPORT:
“It’s sad that it took a pandemic to bring the reality out,” said community activist Mike Cantone, who for nearly a decade has been working to draw attention to what he calls Parramore’s environmental injustice.

“I just hope it’s time for our local elected officials to join that conversation,” he said. “They can help get this done faster than the residents can.”

Is Orlando a COVID-19 Hotspot?