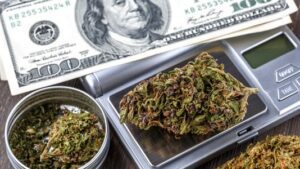 The federal government is prosecuting and convicting fewer people for violating marijuana trafficking laws, according to data provided by the United States Sentencing Commission.

According to a new fact sheet issued by the Commission, just over 1,000 people were sentenced federally in 2020 for violating marijuana trafficking laws. That’s down 67 percent since 2016, and over 80 percent since 2012 – when Colorado and Washington became the first two states to legalize and regulate the adult-use marijuana market.


“These trends illustrate the fact that state-legal domestic cannabis production has supplanted the foreign market and that marijuana law enforcement is becoming less of a federal priority in an age where the majority of Americans believe that cannabis ought to be legal,” NORML’s Deputy Director Paul Armentano said. “It is vital that Congress take action to amend federal law in a manner that comports with this reality.”