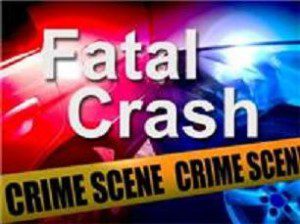 A man was killed on Saturday night, when the car in which he was a passenger overturned on Samsula Drive in Volusia County, Florida Highway Patrol said.

37-year-old David Legler was pronounced dead at the scene of the crash, after being thrown from a 1996 Honda Accord, driven by 48-year-old Donna Leo, of New Smyrna Beach.

Troopers say, Leo was heading southbound on Samsula Drive near Strawberry Lane, when for an unknown reason, she was unable to control the vehicle.

Leo traveled from the southbound lane across the northbound lane, striking a concrete culvert, as the Honda Accord careened into a ditch.  Upon impact, the vehicle flipped, comping to rest on its roof, troopers also said.

Legler, not wearing a seatbelt, was thrown from the vehicle and was pronounced on the scene by the Medical Examiner.

Troopers are awaiting toxicology results on both Legler and Leo to determine whether or not alcohol played a role in the crash, which happened just before 11:20 p.m., Saturday.