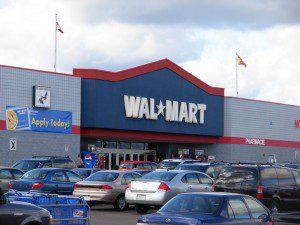 An administrative law judge at the National Labor Relations Board (NLRB) has ruled that Wal-Mart in California illegally intimidated and disciplined employees who participated in a strike.

According to news reports, Geoffrey Carter, the administrative law judge at NLRB said, has directed Wal-Mart to stop the illegal intimidation of its employees in Richmond, California. Carter also instructed the multi-national retail giant to remove any reference to disciplinary reports for the six employees who went on strike, valuewalk.com reported.

One manager at Wal-Mart had said, “If it were up to me, “I’d shoot the union,” which Carter described in his ruling as “illegally intimating” workers. He also said it was unlawful to tell employees that their co-workers upon returning to work following a one-day strike will lose their jobs, according to valuewalk.com.

Following the ruling on Tuesday, the Arkansas-based, Wal-Mart said, it was evaluating its options. It’s not yet clear whether the ruling would be appealed.

Meanwhile, the decision was viewed as a victory by OUR Wal-mart, or Organization United for Respect at Wal-mart, which has been pressing the low-pay retailer to pay a living wage and better health benefits for workers at the company’s more than 4,000 stores in the U.S.