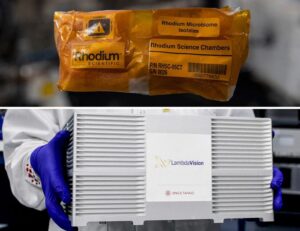 During their mission, the Crew-5 astronauts are supporting hundreds of research and technology development investigations, many of which are sponsored by the ISS National Laboratory. Their endeavors will bring value to humanity through space-based inquiry and enable a robust market in low Earth orbit.

Accompanying the Crew-5 astronauts on this mission are multiple research investigations sponsored by the ISS National Lab, including:


Astronauts will work on these investigations along with dozens of other projects flying to the space station on NASA-funded Commercial Resupply Services missions over the next six months. ISS National Lab-sponsored projects set to launch on upcoming missions will leverage the orbiting laboratory for research in life and physical sciences, advanced materials, and technology development. Many of these projects have received funding from entities like the U.S. National Science Foundation and the National Institutes of Health. Additionally, many of these projects stem from private industry, demonstrating the wide-ranging capabilities of the space station as a business incubator in low Earth orbit.