A high speed vehicle crash on Kirkman Road in Orlando late on Sunday night left the 31-year-old driver dead after he was ejected from the motorcycle, Orlando Police Officers (OPD) said.  The driver of the motorcycle was not wearing a helmet. 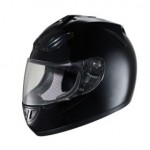 Foster was transported to the Health Central Hospital for minor injuries.

The driver of the Harley Davidson was taken to Orlando Regional Medical Center where he succumbed to his injuries.  The driver was not wearing a helmet. Police have not released the named of the driver of the motorcycle, pending notification of next of kin.

Police say that charges have not been filed yet although they are pending.  It is not know whether alcohol played a role in the crash.

This crash brings the number of traffic homicides in Orlando to date, to nine.