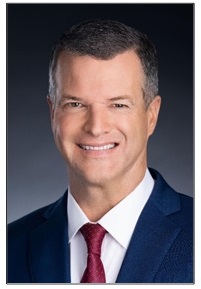 The HCA Healthcare North Florida Division is part of one of the state’s largest health systems.


Cook is currently president of the HCA Healthcare Far West Division, based in Henderson, Nevada. This will be a homecoming for Cook, who prior to becoming president five years ago, served as chief executive officer in Gainesville and chief executive officer in Tallahassee. He was also associate administrator at HCA Florida Palms West Hospital in Loxahatchee early in his career.

Cook earned a master’s degree in business administration from the Crummer Graduate School of Business at Rollins College in Winter Park. His Bachelor of Science degree is in accounting and finance from Florida State University.

“Brian is an exceptional healthcare leader who has led the HCA Healthcare Far West Division with integrity and respect for both patients and colleagues,” Hammett said. “We’re all looking forward to him returning home and contributing his leadership experience to the North Florida Division.”

The announcements are all effective January 1, 2023.