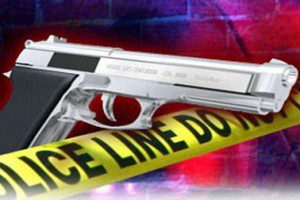 Nationally, gun violence has continued to rage as officials worry about a summer surge. Florida has not been spared from the violence either, and locally in Orlando it is clear Mayor Buddy Dyer and city officials were once again not prepared for the ongoing local gun violence.

In the first half of the year, Orlando Police Department statistics show shootings from January to June 2021 were up 24% compared to the same time last year. Orlando Police Chief Orlando Rolón said in a recent local interview said it was due to “societal issues” that must be addressed. U.S. Representative Val Demings, who was the former police chief, said she supports federal efforts to reduce violent crime in our neighborhoods.

The warning about a summer surge in violent crime includes Orlando, officials say. Chief Rolón is preparing OPD as if the spike will happen. But the Orlando Police Chief also admitted city officials like Mayor Dyer have been nothing to solve the problem.


“If we continue to stay on this path where we are talking about it, but we’re not doing something about it, we will lose more lives,” Rolón he admitted to WFTV.

Typical Buddy Dyer behavior – talk about the issue, talk about how he “solved” the issue by ignoring it exists, and the problem continues. Dyer likely will not be happy with his police chief, so look for him to want a change there soon. Rolón has also recently indicated he wants out of OPD, and with these comments admitting fault in Mayor Dyer’s longtime approach, he may be making his own plans.

Meanwhile, Orlando will wait and see if the city does something about the gun violence and of course, how it will be done.