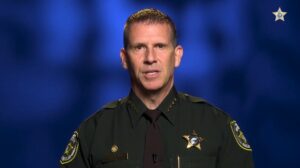 Making a big political statement ahead of upcoming local elections, the Fraternal Order of Police, Lodge 93, held a general meeting with its members this week and voted unanimously to withdraw its endorsement of Sheriff John Mina in the upcoming election for Sheriff of Orange County. FOP 93 has 1,249 members including, Deputies, Corporals, Sergeants, Court Security Officers, and Court Security Deputies. The political rejection of the incumbent Mina follows a survey of FOP Lodge 93 members that exposed 77% wanted to remove the endorsement of Mina.

The move to withdraw the endorsement was due to mounting concerns with Sheriff Mina’s decisions since he has been Sheriff. After lengthy discussion, there was a vote and the motion to withdraw was unanimously passed.  “The members of FOP 93 responded loud and clear with a unanimous vote,” said President Jeff Stinson. “77% of our members also agreed with the removal of the endorsement in a recent poll.”


The Orange County Sheriff’s Office Fraternal Order of Police, Lodge 93, had previously endorsed Sheriff Mina on August 23, 2019, way ahead of the election season and before the ratification of a contract. FOP 93 stated they had believed that Sheriff Mina would fulfill campaign promises like wage increases “equal to or above the Orlando Police Department” and to work with the FOP on other issues facing our members.

According to FOP 93 members, since the time of that endorsement nearly 11 months ago, Sheriff Mina has not followed the “progressive discipline” policy, not followed recommendations from the Administrative Review Captain or Discipline Appeals Board, nor has he sought input from the FOP on policy changes. They argue that Sheriff Mina has continually made unilateral decisions, not in accordance with the collective bargaining agreement, which have negatively impacted FOP members.

“Not working alongside the Deputies and FOP 93 to resolve issues is not being a ‘progressive’ Sheriff,” President Stinson added. “It is a demonstration of his unwillingness to follow the labor contract and its workplace protections. During these difficult times, we expect the Sheriff to communicate with the Deputies and to support them.”

FOP Lodge 93 will not likely endorse any candidate for Orange County Sheriff in the upcoming election.

This announcement comes as Sheriff Mina continues to defend his record of police brutality and excessive force while in charge of the Orlando Police Department to community activists, who blame Mina and are also looking for more change. It appears Mina is losing the support of everyone except the local political establishment, like Mayor Buddy Dyer and Representative Val Demings, or celebrity cops like Shaq.

This also gives another boost to the candidates hoping to replace Sheriff Mina. One of those candidates, Joe Lopez, has been working hard to earn votes from the community and has positioned himself as best option to bring reform the office and to boost morale of deputies.

“I love law enforcement and my community,” Lopez said. “The number one thing that drives me is commitment and focus for the community. Mina’s record lacks credibility and results. Mina’s record is terrible.”

Lopez has a long history in law enforcement, and after he retired he was urged him to run for office, in part because he’s not a politician like Mina, and because he’s proven himself in the field. Lopez says his focus is on unity and bringing people together, whether that be in the Sheriff’s Office, in the community, or bringing together both of those sides to make Orange County better.

“I bring people together, nothing else matters,” Lopez added. That sounds like it could be exactly what Orange County needs right now in the Sheriff’s Office.