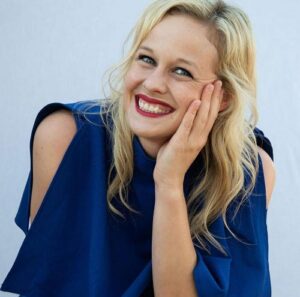 The more than two-years-long investigation into my whistleblower complaint against the Florida Department of Health came to a close Monday.

The Florida Commission on Human Relations investigated DOH for more than two years and determined that I made a protected whistleblower disclosure, that I engaged in protected activity under the whistleblower statute, and that I demonstrated in my complaint that DOH committed “a violation of law which creates and presents a substantial and specific danger to the public’s health, safety, or welfare.”

My complaint showed how the state of Florida, with reckless disregard for our own data, medical and epidemiological science, and public health, lied to the public about the reopening metrics used, how they were measured, and the pressure they put on me to alter statistics, creating a “substantial and specific danger” to the people of Florida.


The difficult part for any advocate for government accountability and transparency starts with the very next word in their conclusion, “However.”

“However, Complainant did not incur an adverse action, as defined by the Act, after filing a complaint with the Commission.”

I asked my supervisor late on a Friday afternoon how I would go about filing a whistleblower complaint. First, I texted him. Then, when we spoke in person he advised me against filing.

My supervisor signed a sworn affidavit to this effect – detailing how he told me to take a few days to think about it, to consider the impact such a disclosure could have on my career and my family, and cautioned against doing anything that could put my job in jeopardy.

I filed my whistleblower complaint within the 60 days allowed, on July 16, 2020.

Because I was fired before I filed my complaint, the state has determined that I was not retaliated against “after filing a complaint with the Commission.”

The investigation concluded on and was dated September 7, 2022 – the same day reporter Grant Stern published an investigative piece proving the raid on my home and the resulting criminal charge continues to be politically motivated retribution by the Governor’s office and FDOH.

After I was raided without a warrant in December 2020, I was charged with “misuse of computer systems” under a Florida Statute invalidated by the United States Supreme Court in last year’s Van Buren case.

The state alleged I sent a text message to former colleagues at DOH asking them to “speak up and be honest.”

That’s why the state thrice offered to drop the case against me, and we told them no each time. Innocent people don’t ask for pardons, and I was not willing to make any deal with the state even if the ultimate result was complete dismissal if it came short of vindication.


The most recent time the state approached my lawyers came shortly after I won my Democratic Congressional primary race and advanced to a general election where I’ll be challenging GOP incumbent and DeSantis confidante Matt Gaetz this November.

The state demanded in its offer that I delete evidence and data that DOH previously lied and said I never had access to, drop the whistleblower case which they falsely claimed in public statements had already been dismissed, pay for the armed raid on my home and the time officers spent holding my two young children at gunpoint, apologize to the agency who hired a white supremacist who doubled as one of my internet stalkers to be its spokesperson, and legitimize it all by saying nothing in the agreement constituted discrimination or retaliation.

That was about a month ago.

If I had taken that deal, the determination issued Monday would have never been released.

Despite the loss of my job, the public smear campaign, the dedicated stalker army on Twitter, my suspension from Twitter for “spamming” a Miami-Herald news article last year, the public and private attacks by members of the media and even those within my own party, the threats ranging from anonymous cowards to my own neighbors, the crushing weight of knowing a sociopathic and flailing Governor continued to harbor a sick, disturbing obsession with me and my success, the truth still came out.

The state violated the law, and in doing so endangered the people of Florida.

Perhaps neither will I. Perhaps this moment, this whistleblower case will define me for the rest of my life.

Either way, they couldn’t break me.

I hope everyone reading this who has ever considered coming forward sees not the pain and suffering my government put me through, but rather my refusal to be silenced by it.

This victory belongs to the people of Florida. I hope they do not forget it on election day.

Rebekah Jones is a scientist, whistleblower and the Democratic nominee for Congress running against Matt Gaetz in Florida’s First District.