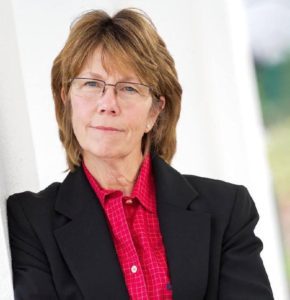 The Florida LGBTA Democratic Caucus announced their endorsement of Beth Tuura for State Representative. The endorsement highlights her commitment to the LGBT community and the historic nature of her campaign.

“The Florida LGBTA Democratic Caucus is proud to announce the endorsement of Beth Tuura for State House District 47,” the group stated in the endorsement announcement. “Beth Tuura would be the first openly lesbian member of the State House, a much-needed voice in the legislature.”

Beth Tuura is longtime member of the LGBT community and has made it clear she is committed to protecting LGBT rights and families by expanding hate crime legislation, prohibiting discrimination based on sexual orientation and gender identity, and by protecting marriage equality from harmful legislation like the Pastor Protection Act.

“This election means a lot for my community,” Tuura said. “My friends can still be fired for being gay. My marriage can be undermined by our State legislature. For me it’s personal, and I will go to Tallahassee to fight for my community and for equal rights and protections under the law.”

“This last legislative session we saw very real backlash to the gains our community has fought so hard to win,” Equality Florida Action PAC stated to their members. “As a newly emboldened opposition continues to attack our families, it’s more critical than ever we elect more LGBT people to the Florida Legislature.”

In 2012, Florida elected its first openly gay members of the legislature, but still no LGBT woman has had a seat at the table. Beth Tuura is trying to change that.

Beth Tuura is a candidate for State House District 47, which includes Downtown Orlando, Thornton Park, Baldwin Park, and Belle Isle. Beth Tuura is a three-time National Sports Emmy Award winning television professional who has been a resident of Florida since 2000. She received her B.A in Radio and Television Broadcasting Technology from Washington State University. Beth worked as a Technical Director for Turner Broadcasting and currently works as a Freelance Technical Manager for both CBS & NBC Sports. Throughout her career in television, Beth has worked on productions for most major sporting events in America and throughout the world, including the Olympics, Super Bowl, and Kentucky Derby. Additionally, in 2014 she was inducted into the Murrow Alumni Hall of Achievement at her alma mater, Washington State University. Beth is married and makes her home in Orlando.