The panel of lawmakers that helped orchestrate the Legislature’s gaming compact with the Seminole Indian Tribe is now taking bets on whether it can bring in more winnings if non-Indian, Vegas style casinos or online poker are authorized to operate in Florida. 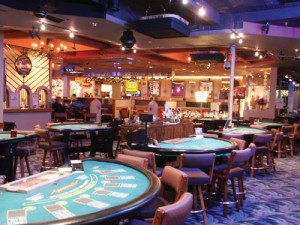 The Senate Regulated Industries Committee is beginning to look at research compiled by its staff that poses a variety of options the Legislature could consider if it wants to expand gaming, including opening the door for huge hotel and casino chains like Las Vegas Sands or Wynn Resorts to enter the Florida market.

Newly inaugurated Gov. Rick Scott has met with representatives of Las Vegas Sands, and lobbyists for the group met with lawmakers last spring as the Legislature worked on the gaming compact and looked at other options for the state.

And Senate President Mike Haridopolos told a Tallahassee radio show this week that he was open to an expansion, if a large number of senators were interested in the issue.

Senate Regulated Industries Committee Chairman Dennis Jones is in the process of drafting legislation to allow more gambling options if the committee decides to proceed. He told reporters that inviting Las Vegas style gaming to the state could be appealing because it would allow cities to attract big convention business.

Both representatives of Las Vegas Sands and Wynn Resorts offered their insights to lawmakers should they decide to go ahead with a proposal and assured them that they would likely invest in Florida, which Wynn lobbyist Slater Bayliss said “undoubtedly would create tens of thousands of jobs” through building the property and then operating a casino, restaurant and hotel.

The potential gaming expansion is also backed by at least one representative of the state’s business community, the Associated Industries of Florida.

“We believe that destination resorts in Florida will utilize gaming in the proper manner as an economic engine that creates more than 100,000 jobs, signify international and domestic tourism and also brings world class convention and trade shows to the state of Florida,” AIF President Barney Bishop told the committee.

The state’s gaming compact with the Seminole Tribe may provide some obstacles depending on the timing of any new projects. If the state does approve casino expansion, it could potentially violate a clause in the compact that gives the tribe exclusive rights to operate banked card games such as blackjack. If a Las Vegas-style operation is up and running in Florida before the compact’s banked card authority is up for renegotiation in 2015, the tribe could reduce or cancel its payments to the state.

Jones said he was not worried because it would take any company that does invest in building a huge facility several years to build the operation and ultimately shuffle its first desk of cards.

“It would not even impact the compact until the first card was played,” he said.

Opposition also could come from religious groups, and organizations that work to promote family values. In the past, a number of religious and social groups have opposed expansions of gambling in Florida, though none appeared before Jones’ committee on Tuesday.

The committee could also examine the value of legalizing, and therefore regulating, Internet poker.

Melanie Brenner, the executive director of Poker Voters of America said there are an estimated 900,000 online poker players in Florida already, so if the state chose to legalize it and regulate it, there could be an immediate infusion of cash.

Online poker isn’t an expansion of gaming,” she said. “It is going on already.”

Jones noted that lawmakers have until the first day of the legislative session in March to file bills and that the committee still needed to wait and see what was filed. He also said that it is his policy not to take up bills that are lacking a House companion.

By Kathleen Haughney
The News Service of Florida