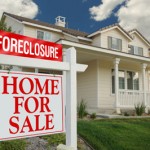 Homeowners trying to save their houses from foreclosure were charged as much as $2,500 for the services of 21st Century Legal Services.  However, loan modification services were not delivered by the Corporation, although fees were handed over my customers.  The suit alleges that the company engaged in deceptive and unfair practices in the marketing of loan modification and foreclosure-related rescue services.