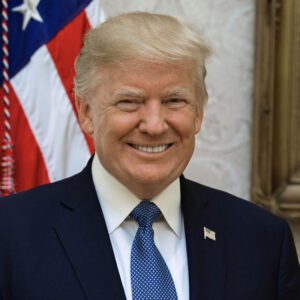 A final ruling was just issued by the 9th Circuit delivering another major victory for former President Donald J. Trump, this time in the Stormy Daniels case. He also used the legal victory as an opportunity to reiterate that he “never had an affair with Stormy Daniels, nor would I ever have wanted to.” The case against Trump was originally brought by her disgraced lawyer, Michael Avenatti.

The court’s final ruling in the Stephanie Clifford (aka Stormy Daniels) frivolous lawsuit upholds the lower court ruling that she owes Trump nearly $300,000 in attorney fees, costs, and sanctions (not including appeal costs).


“As I have stated many times throughout the years, I never had an affair with Stormy Daniels, nor would I ever have wanted to,” President Trump said. “The ruling was a total and complete victory and vindication for, and of me. The lawsuit was a purely political stunt that never should have been started, or allowed to happen, and I am pleased that my lawyers were able to bring it to a successful conclusion after the court fully rejected her appeal.”

“Now all I have to do is wait for all of the money she owes me,” he added.

Little-Known Things About DUI Charges and How the Case Progresses