The July jobs report is in and it doesn’t look good!

Overall employers shed 131,000 jobs in the month of July, as temporary Census jobs were wound down and state and local governments cut sharply the numbers of workers, including public school teachers, to the tune of 48,000. 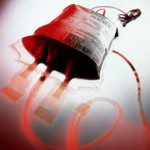 Although the private sector created 71,000 jobs in July, jobs growth was grossly insufficient and the unemployment rate held steady at 9.5 percent.

Perhaps one bright spot in the private sector jobs numbers for July was the growth of manufacturing employment. Manufacturing employment grew 36,000, the seventh consecutive monthly rise. Jobs also grew in the education and health services sectors, while that in financial services and construction decreased.

The anemic jobs growth nonetheless, continues to imperil the U.S. economy where approximately 250,000 jobs are required monthly to keep pace with population growth, but does not begin to address the more than 18 million that are out work in America.

Other bad signs for the economy say businessinsider.com include:

Read More of the Details Behind the Bad Jobs Numbers Here.