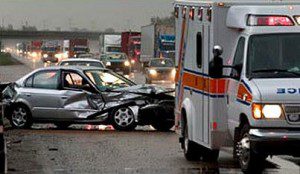 Last week, the Orlando Sentinel published an article that discussed new lawsuit protections and limitations that are being sought in the Florida Legislature by Disney and Publix. The proposed law would limit the amount that a Personal Injury Plaintiff could be awarded for medical expenses for their treatment for their injuries from a jury in a personal injury or wrongful death case. The measure would force Plaintiff’s to prove that their past medical expenses were “reasonable and necessary” for their condition, and that any future medical care and treatment is also reasonable and necessary. The proposed law also would force Plaintiffs and their treating physicians to accept what is considered “reasonable and customary” amounts for the charges of their healthcare.

So, very simply, this bill restricts doctors to becoming defacto Medicare/Medicaid providers for uninsured patients, and would likely greatly increase the number of personal injury cases tried in court, as now you need an expert to say that everything is reasonable and necessary, whereas now, under current law, you don’t.

Proponents of the bill, like Mickey and Publix, call the bill “Truth in Damages.” Opponents have given it the very apt acronym, LIMP, for “Limitation in Medical Payments.”

Now, in the interest of full disclosure – Yes, this measure would greatly affect my income and my ability to do what I do for a living, and yes, part of my opposition to the same deals with these affects. But don’t worry about me, you should worry about what this bill means on a number of political and economic levels.

First off, this measure is being pushed and backed by, of course, the Florida Chamber of Commerce. They want to really push this now, while they have a Republican majority in both houses of the Legislature, and a Republican, pro-business Governor, in Governor Scott. So, 2014 is likely their best and last chance for this dramatic change in tort law, as not all of these players may be back in 2015. As a former Republican, and someone from a long-established Republican family, I would like to know how this law in any way aligns with Republican principles and values. Republicans are supposed to be free market capitalists. They heavily favor the market in any and all instances, as opposed to any government regulated measures. After all, this is still the party voting to overhaul “Obamacare” for exactly the same reasons I just mentioned. So why now, would we take the healthcare of the personal injury victim out of the hands of the marketplace and dictate to the victim and their doctor what they must bill and receive?

Secondly, I don’t feel bad for Publix and Disney. It was only in 2010 that our Legislature passed a significant change in our premises liability laws that made it significantly harder to sue either of these businesses for their negligence. I know that I probably take less than 1 percent of all the premises liability cases my office reviews. Simply, these businesses are almost practically immune as it is under current law. I haven’t seen any reports that they are losing money or going out of business anytime soon. Last time I checked, the Magic Kingdom is getting a complete facelift, and there is a Publix around every corner. So, why the need for this dramatic change now?

Third and most importantly, their own numbers do not justify the means. In the Sentinel article, Publix was quoted as saying that civil litigation costs them $37 million dollars a year. They failed though, to break down how much of this is for tort losses versus zoning fights and contract disputes, which also are considered civil litigation disputes. They do cite that they believe they could save about $1 million dollars if this drastic measure passes. Let’s assume they have 500 stores operating. This is $2,000 per store per year, which is $6.00 a day for every store. That averages out to less than a penny for each customer going through the register.

Let me ask you, is the value of your life, or your child’s worth more than a single cent when you go through the register at Publix once in a given year? You are darn right it is.

Last but not least, the Governor’s favorite law, the No-fault, PIP law, already takes care of the “reasonable and necessary” aspects of medical bills associated with a car accident case. Thus, the bill would unjustly force Florida car accident victims to prove the same thing twice.

The point is, here is another measure being sold as needed legal reform from abusive lawyers and doctors that will simply end up hurting no one, but the very people it is being sold to protect – Consumers! It is crazy and laughable that Republicans want to single out just personal injury victims and say that it is ok to dictate the cost of their injury and healthcare, just not everyone else’s.

For my part, all I can say is this – Good luck finding a lawyer or a doctor if this passes, to the average consumer. There simply will not be many left, and those that stay will be at a decided disadvantage in the long and arduous fight for justice for injury victims. Now, let me ask you this, do you think Publix or Mickey will have any problem finding good lawyers if it doesn’t pass?

Here’s to hoping that people mean more than profit, for once, in Tallahassee.

Michael T. Gibson is an Auto Accident Lawyer in Orlando. The law firm of Michael T. Gibson can help you obtain compensation for medical treatment, loss of wages, pain and suffering, etc. that you have incurred as a result of a car accident. Call 407-422-4529 or visit the website at www.autojusticeattorney.com.

Drawn to Life by Cirque du Soleil Opens at Disney