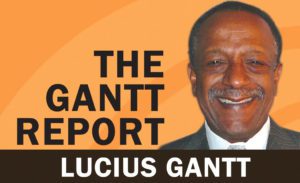 Everybody in the world has faced desperation at one time or another. Good people will rise up, stand up and figure out a way to improve their situations.

On the other hand, the wicked and deceitful will lean on their animalistic and satanic instincts and resort to negativity, extremism, danger and violence!

Bombings, shootings, stabbings and other types of violence are on the rise.

When times get hard some people get on their knees and pray to God. Other people will slither on a plane or train and run to worship the devils in foreign lands that will tell desperate men and women to kill or be killed!

“If you don’t wear this bomb back pack filled with screws, nails and steel ball bearings and kill as many innocent men, women and children as you can, we will kill you right now,” the devils may say.

These brainwashed devil disciples are convinced if they murder innocent people they will become martyrs, go straight to paradise and enjoy the pleasures of 1000 virgins!

But if you do devilish acts and disobey the laws of the Bible and the Quran, the only place you will go is to the cemetery, be put in a six-foot deep hole, be covered with dirt and become food for the maggots!

Even though devils like to kill innocent people they never want to have a fair fight.

Yes, a desperate man is an extreme man and a dangerous man! But it is up to the individual man to decide if he will be bad news for the world’s devils on your job, at your school and in your community or a good soldier in the Army of God!

I think it’s safe to say much of the wrongful desperation in the United States has been fueled by a desperate president.

When closet klansmen beat up members of the news media, the 45th President has nothing meaningful to say. When little skinheads and neo-nazis wave confederate flags and swastika flags in high school parking lots, nothing is done.

Good people, when it looks like desperation is sinking in and when you feel like you’re at the end of the rope, tie a knot and keep holding on!

The devil’s desperation will never defeat the people’s determination!

Buy Gantt’s latest book, “Beast Too: Dead Man Writing” on Amazon.com and from bookstores everywhere. Contact Lucius at www.allworldconsultants.net. And, if you want to,“Like” The Gantt Report page on Facebook.