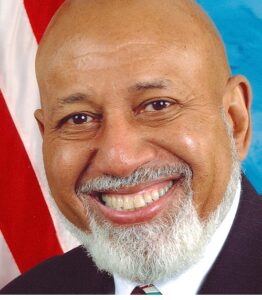 After the passing of Congressman Alcee Hastings, local U.S. Representatives Val Demings and Darren Soto released statements remembering the longtime Florida political leader. Hastings, whose career as a civil rights attorney and a public servant spanned more than half a century, was 84.

In 1979, Hastings was appointed by President Jimmy Carter, becoming the first African American federal Judge in Florida. He served in that position for 10 years. With his election to Congress in 1992, Hastings was among the first African Americans to be elected from Florida since Reconstruction. Throughout his career,  he was an outspoken advocate for Floridians and championed the rights of minorities, women, the elderly, children, and immigrants.


“We lost a fearless champion and leader of our Florida Congressional delegation,” said Rep. Soto. “Congressman Alcee Hastings served his community with steadfast dedication and compassion for everyone he represented. He was a dear friend and mentor, a pioneer of civil rights and Everglades champion. He spoke truth to power every day in Congress, especially on the powerful U.S. House Rules Committee. Those who crossed paths with him knew his passion was fueled by the simple principles of truth, justice and equality.”

“Congressman Alcee Hastings dedicated his live to fighting for equal justice under the law,” said Rep. Demings. “He was unwavering in his commitment and unstoppable in his passion for the people. We are grateful for a life well lived.”

“We are grateful for his decades of service to Floridians as a lawyer, judge and Member of Congress,” Rep. Soto added. “He has finished the race, fought the good fight and has left Florida better than it was. May the memory of his legacy live on in our state and through the halls of Congress. Rest in peace, Mr. Hastings.”