The College Park woman accused of murdering her boyfriend will be released on a $100,000 bond, which was decided in a hearing on Friday. 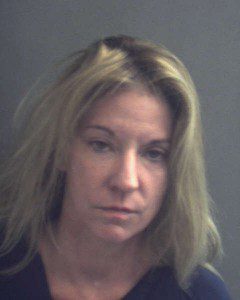 Caryn Kelley, 46, was charged initially with first-degree murder by the state of Florida after the shooting of Phillip Peatross, 46, on July 27. Now, the state is pursuing second degree charges.

Lead investigator in the case, Patrick Snyder of the Orlando Police Department, testified as the only state witness in Friday’s hearing.

“The inconsistencies in her multiple testimonies make them unreliable,” Snyder said.

Prosecutors and investigators claim Kelley changed her story repeatedly. She told the police that it was an accident but also said it was a suicide.

Kelley’s attorney, Diana Tennis, claimed that Kelley said it was an accident because she did not believe that her boyfriend intentionally wanted to kill himself.

In the 911 call, Kelley’s comments include “I didn’t mean to do that,” but according to reporters she said, “I didn’t shoot him. He took the gun and shot himself.”

Tennis argued that according to the 911 phone call, Kelley was frantic and never stated she was the one who pulled the trigger, and that she was not read her rights until hours after being arrested.

Kelley warned her boyfriend not to come back after their fight and reminded him that she had a gun under the bed.

“I believe that they were arguing and she chose to arm herself in that argument,” said Snyder.

The body was lying “slumped against the bed,” Snyder stated, with the gun about three feet away from it.

The defense refuted that the struggle for the gun led to an accidental shot in the head after a dispute between the couple at around 4:50 a.m.

When Kelley stepped outside of her home, she was dressed in a “skimpy night gown” as if she was sleeping, Tennis said, as if she were asleep and not expecting her boyfriend to come back home after the conflict.

“If you put everything together, you really only have one version,” Tennis said.

Tennis referenced the summer’s biggest trial in the court Friday as her symbol what reasonable doubt can conclude.

Following the court proceedings, she explained she made mention of Casey Anthony’s case because she believes that if someone were to remain in jail without bond, it would be because there is no chance of acquittal.

“I think this summer has shown us that yeah, there’s usually a possibility that someone can win,” she said. “I was just trying to make that point for the court and I’m glad we are going to be able to go on and get rid of the case … In order to keep somebody out of jail on a bond, it has to be beyond a reasonable doubt, and reasonable doubt is beyond is a pretty high standard a la Casey Anthony.”

Judge Renee A. Roche granted the defense’s plea for a $100,000 bond along with GPS monitoring and Kelly must participate in a drug test.

Kelley is to have no access to the home where the crime took place unless she is with her attorney.

“She is to stay with her sister. Period,” Roche said.