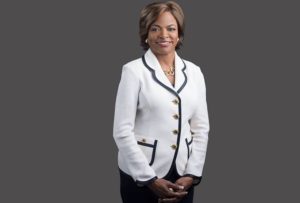 Chief Val Demings, candidate for Florida’s 10th Congressional District, has been invited to give remarks on Tuesday night at the Democratic National Committee Convention in Philadelphia. Chief Demings will join the Democratic Women of the House on stage, including House Minority Leader Nancy Pelosi.

“We need Val Deming’s strong, purposeful leadership in Washington,” said House Democratic Leader Nancy Pelosi. “In Congress, Val will be a powerful voice for our nation’s security, gun violence prevention, and the families of Central Florida. We are excited to have such a proven and trusted leader leading the fight for Florida’s hard-working families.”

As part of the Democratic Women of the House presentation tonight, Florida congressional candidate Stephanie Murphy will also address the Democratic National Convention on national security issues.  In her speech, Murphy will detail how House Democrats have the best strategy for keeping Americans safe and defeating overseas threats such as ISIS. Murphy was a national security specialist with the Department of Defense from 2004 to 2008.  There she worked on a variety of issues including counterterrorism and strategic planning.  She has received the Secretary of Defense Medal for Exceptional Civilian Service.

The Women of the House segment is expected to run in the 7 PM EST hour at the Wells Fargo Center in Philadelphia, Pennsylvania.  The convention is being live streamed at https://www.demconvention.com/live/.