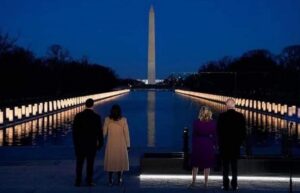 
The memorial will feature the lighting around the reflecting pool at the Lincoln Memorial Reflecting Pool, and hundreds of towns, cities, tribes, landmarks, and communities all across the country joined the tribute in a national moment of unity on January 19th. Iconic buildings like the Empire State Building in New York, to the Space Needle in Seattle, were illuminated, and other places across America also participated. 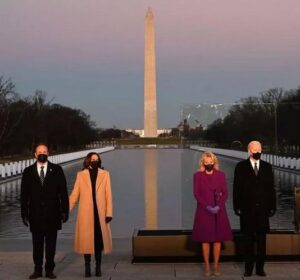 “The inauguration of President-elect Joe Biden and Vice President-elect Kamala Harris represents the beginning of a new national journey — one that renews its commitment to honor its fallen and rise toward greater heights in their honor,” said PIC CEO and President of Delaware State University Tony Allen. “In that spirit, it is important that we pay tribute to those we have lost — and their families — and come together to unite our country, contain this virus, and rebuild our nation.”