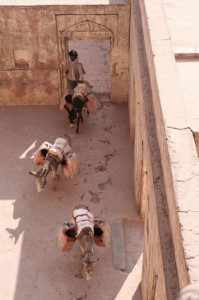 Been a social justice gladiator all of my life!

And, attribute majority of that to former Governor George Wallace.

While race-monger Wallace espoused the separation of the races throughout Alabama and beyond, black kids tragically lingered and languished in resource-poor Alabama schools.

At my school, toilets were always out of service…aka…broken…aka…unusable.

Benevolence and Christian charitableness was always at its finest each school term.

White benefactors ensured the continuance of our paltry education by donating ragged-azz out-of-date textbooks to the black schools.

Did it not occur to our Christian brethren that most of the pages were missing from these relics?

Did it not occur to our genial brethren that most of these vintage (tongue-in-cheek) books were filled with graffiti, disparaging epitaphs, and cartoons mocking its recipients…the black learners?

Did it not occur to our high-principled donors that “separate” was never quite “equal?”

So, to show our heart-felt thanks and wholehearted appreciation for the demonstrativeness of their generosity, the black urchins…I meant…black kids… befittingly sang tear-jerking hymns, danced, performed skits, and recited Negro poems to the merriment of the moralistic white philanthropists.

Gazed, gawked, and glared with green-eyed envy when brand-spanking new schools were constructed. Without fail, each building accommodated a bevy of supplies, amenities, gadgets, and modern-day conveniences to include central heating to curtail wintry drafts and an overabundance of air conditioners to fend off Alabama’s stagnant humidity.

Meanwhile, our classrooms housed a wood-burning stove to stave off “old man winter” while each spring and summer we depended upon God puffing cool breezes through broken or missing windows.

My migration “north” and having an opportunity to attend an integrated high school meant my “begging mule” days were essentially over.

As I reached the pinnacle of success within the corporate world, vowed that I would donate money, goods, and/or services to a southern Historically Black Colleges and Universities (HBCU).

Hoped that my financial donation would circumvent a financially-strapped student(s) from becoming a “begging mule” as I had become in Alabama.

In addition to money, wanted to donate thousands of dollars of new business clothing and corporate attire for those graduates who may be interviewing for jobs, musical instruments to include a piano, training supplies, educational paraphernalia, office furniture, toiletries, computers, printers, television sets, and other well-maintained materials and equipment.

Having entered my “sun-set” years, had no need to hoard this treasure trove of items and stock.

Finally, wanted to enhance the “curb appeal” of the campus by also donating a slew of matured trees, plants, and shrubs.

So, made calls to a black college in Jacksonville.

And, made calls to a black university in Daytona.

Would you believe that to date I am still sitting here in limbo waiting for a “vertical coffin” called human being to respond to my flurry of calls?

Are you serious people?

The irony of this story…often hear radio personality Tom Joyner and other “begging mules” pleading for people of color to reinvest in the HBCUs because these institutions are on the verge of becoming extinct due to money woes?

Tom, now I see why this is happening…can’t find azzes to return phone calls!