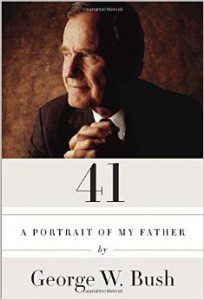 “41: A Portrait Of My Father” is unique because it is one former president writing about another one who is also his father.  The Adams father and son are the only other time in the country’s history that a father and son have both served as president, but there is no book by John Quincy Adams about his dad. George Herbert Walker Bush is revealed to be a very caring, principled, honorable person who represents the best image of a former public official.  On another level the author details what he has learned from his dad about life and politics. Also revealed are many unknown things about Barbara Bush that add to the enjoyment of this expose of George W. Bush’s parents. You do not have to be political to like “41: A Portrait Of My Father.” 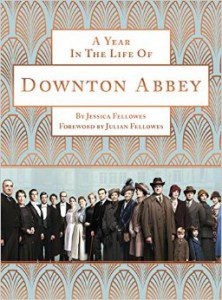 A Year In The Life Of Downton Abbey

Downton Abbey, the mega hit TV show worldwide, continues to thrill audiences all over the world. Now in its 5th season with no end in sight, fans can learn more about the show in the newest coffee table book, “A Year In The Life of Downton Abbey.”  The author delves into the world of Downton and tells fans little-known facts about the show.  Some of the things are month-by-month activity at Downton, a cast list for season 5, dialogue of some of the characters revealed, and lots more.  The book is easy to read and filled with so many wonderful pictures that add to the whole Downton mystique. No fan of the series should miss “A Year Of The Life of Downton Abbey.” 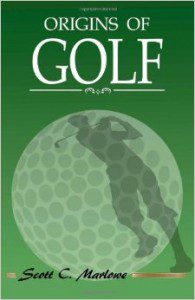 “Origins of Golf” is a total departure from what Marlowe is most well known. Usually Marlowe’s books have been about strange creatures like Big Foot. Now he traces the beginnings of golf and shows that every major culture has had some form of the modern game. He shows how Polo and other sports have been an influence to the popular sport. Marlowe’s writing is easy to follow and he poses many different scenarios for anyone to understand.  “Origins of Golf” is a fun excursion into the many facets of this hobby so many like to play.  No fan of this pastime should miss “Origins of Golf.” 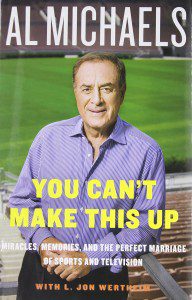 You Can’t Make This Up: Miracles, Memories, And The Perfect Marriage of Sports And Television

One of America’s favorite sportscasters now tells his life story as well as his opinion on many different aspects of the world of sports in his book “You Can’t Make This Up.”  Beginning with his life as a kid where he knew then he wanted to be a broadcaster to his current stint on Sunday Night Football on NBC, Michaels writes as if he is talking to his audience, that makes the book so much fun to read.  He even talks about his extra role in the original “Hawaii Five O” when Jack Lord totally ignored him before and after the scene they were in together. 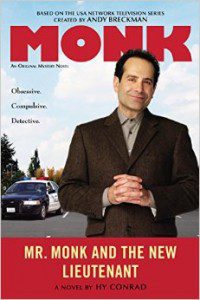 Mr. Monk And The New Lieutenant

Sadly, “Mr. Monk And The New Lieutenant” is the last one by Hy Conrad.  Like Lee Goldberg who began the novels of Adrian Monk, Conrad is too busy with other writing projects to continue.  There is a murder and Monk makes it his business to solve the case while also requesting Natalie to ask Randy Disher to come and help him solve this case that has something to do with one Disher was a part of several years ago. Conrad ends the story on a high note leaving it open for another author to continue the adventures of Adrian Monk. The series is funnier than ever as Monk, the obsessive compulsive detective, tackles all kind of problems.  “Mr. Monk And The New Lieutenant” is another rousing laugh out loud adventure of Adrian Monk that fans of the show should not miss.