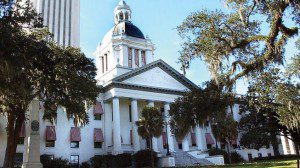 With Republicans’ tighter grip on the Florida Legislature, on Tuesday, formal elections of the next leaders of the House and Senate saw well-deserved shots at Democrats whose voices are now more muted.

“Across this nation, the voters rejected failed big government policies that over-promised and under-delivered. They rejected slick politicians who believe in nothing and will say anything just to get elected,” Crisafulli declared, The Palm Beach Post reported. “Yes, the voters have spoken, and they told us they want leaders who understand what it takes to get our economy going again. They expect competency from their government. They expect us to get the job done.”

Gardiner expressed his pleasure at Gov. Rick Scott’s re-election saying: “I can’t tell you how happy I was to see Gov. Scott here today.”