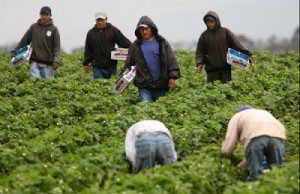 Over the past three years, Florida has seen some of the biggest increases in residents without legal immigration status, according to a new report from the nonprofit Pew Research Center.

TheLedger.com reports that between 2009 and 2012, some 55,000 new immigrants in the U.S. illegally came to Florida, bringing the state’s total to an estimated 925,000. Only New Jersey saw a larger increase with about 75,000 people. The increase in illegal immigrants highlights a broader shift from the West and Southwest.

Florida’s agriculture, construction and hospitality industries tends to draw those in the country illegally, with most immigrants coming primarily from Mexico.  Immigrants also come from Haiti and other Caribbean and Latin American countries.