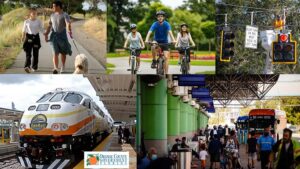 This means Orange County voters will have the opportunity to decide on November 8, 2022 if they want a one-cent sales tax increase that would be a dedicated funding source for transportation needs like necessary road widening, expanding SunRail and possibly adding more “complete streets” around the community.


“I’m happy that our Board, at least the majority, saw fit to give the power to the people and let residents decide whether to tax themselves in this manner,” said Mayor Demings.

Mayor Demings clearly lost control of the narrative heading into the meeting and the Democrat was blasted at times. His responses, and the reactions from his staff to Commissioner suggestions, likely did not make matters better.

Commissioner Emily Bonilla said she has had the experience of being “disrespected” on the Board. She emphasized she would love to be in a place where she could vote to move this initiative forward, but also said “we were not heard.” She criticized the fact Mayor Demings pushed this forward without working as a team with all the County Commissioners. Commissioner Bonilla blasted the fact that the female Commissioners were being treated disrespectfully throughout the process, and she ultimately voted no.

“We understand our citizens,” Commissioner Bonilla said. “We don’t need you to tell us how our citizens feel or what their needs are. We already know. We are trying to tell you in the most respectful and eloquent ways our feedback. In return, we get mansplained and disrespected, and we’re not heard.”

“What does that have to do with what we’re trying to do right now,” replied Mayor Demings.

Commissioner Nicole Wilson also pushed hard to make language more clear that this initiative would focus on mass transit options more than typical road widening projects. Her concerns were also about East-West transit solutions other than buses, and seemed to mirror some by Commissioner Bonilla. Commissioner Wilson wanted to increase percentages to ensure that, but it didn’t happen.

“You know, I’ve listened to you for a long time and I don’t get to talk very much,” Commissioner Moore jumped in. “When we’ve looked at all the polling, this percentage has been very important. There’s people out in my district that don’t agree with you, Commissioner.” She added more people would vote against the measure in November if the change was made, and warned it will be hard to overcome the challenge that this is all for downtown Orlando if it wasn’t evenly balanced.

Ultimately, Mayor Demings had the votes to push the penny sales tax ahead to the November ballot. The split vote by Orange County Commissioners shows the path ahead is anything but certain. Mayor Demings also just tried to worry residents about tax hikes because of Governor Ron DeSantis ending the Disney special district, which was an odd move politically right before he asks the same residents to increase taxes for roads and SunRail.

In January 2022, Mayor Demings re-engaged residents by creating six open houses and launching another online survey to ensure Orange County’s transportation priorities in 2022 aligned with the initial survey. A combined total of 19,000 residents responded to the survey and 270 community meetings were held to gather resident transportation needs and feedback. Respondents overwhelmingly stated traffic congestion is a big concern and want a better mass transit system for the community, as well as improved traffic signal technology, and pedestrian and bike safety. The full results from the 2022 transportation survey can be found here.