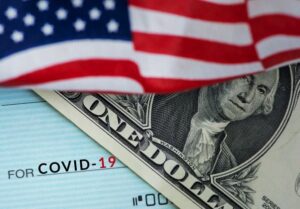 
“The American Rescue Plan put checks in pockets, shots in arms, Floridians back to work, and children back to school safely,” said Rep. Demings. “The $1,400 checks delivered earlier this year were passed through Congress solely with Democratic votes because we believe that when we invest in middle class America, our nation prospers. The results speak for themselves: our economy is roaring back, and we are creating millions of good-paying American jobs. I’m fighting for further investments in middle class prosperity and I know that we can recover stronger than ever.”

Demings is running for U.S. Senate in the Democratic primary against Alan Grayson. The winner will take on Republican Senator Marco Rubio, who did not support the $1.9 trillion COVID-19 Stimulus Package. Rubio says the relief is a “fraud” because it goes far beyond the struggles of the coronavirus pandemic.

Former Congressman Grayson told West Orlando news in a previous interview “Rubio has failed to deliver.” He emphasized the need for relief and that voters expect elected leaders to do more. He criticized the lack of effort nationally for contact tracing, more testing, public safety and health earlier in the crisis. “There was so much unnecessary tragedy last year,” Grayson said. Now, he says it’s beyond time for real results at the national level and he is running to be that louder progressive voice in the Senate.

Democrats provided the following highlights from the American Rescue Plan: