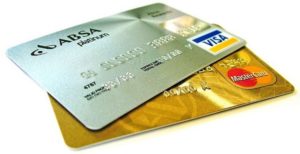 Sunshine State Dwellers Beware! Your Credit Score Slump May Not Be Due To Your Spending Habits

The US economy is finally on the upswing again after the financial crisis of 2008, and with it, the increase in spending. This means that consumers have more than likely recovered from bad debt situations in 2008, and are now able to qualify for finance again. In fact, in April 2017, Americans had a stellar average FICO score of 700 to 850. In Orlando, this could once again mean an influx of tourists! However, this also means that local and national consumers are at risk of being targeted by fraudsters. Here’s how to avoid becoming that target.

Identity Theft and Fraud A Very Personal Issue In Florida
The fastest way fraudsters gain access to personal information, is through access to the social security number. Florida is currently rated as the third largest state when it comes to identity theft and fraud claims. Online databases that collect and store some of the information are part of the problem as over 901 million records have been breached to date. If this isn’t alarming enough, the figure is on the rise. Here are a few tips to prevent this from happening:

Fraudsters have a lot of patience and will get the information they need to progress to the next step. It’s important not to share information with parties when the request is not solicited by the actual consumer.

For many, the journey to recovery from bad debt, whether caused by identity theft or not, is a long and tedious one. With as many as 41 million Americans affected by identity theft, it’s important to prevent an incident. With these simple steps, consumers are far less vulnerable to cyber attacks, scams, and phishing attempts.