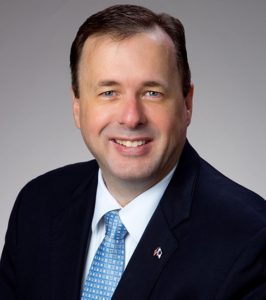 Law enforcement officers from several agencies in Orange County are weighing in on the upcoming election for District 3 Orange County Commissioner – and they support Bill Moore.  In addition, law enforcement officers making up the Fraternal Order of Police District 7 and from ten Central Florida counties have also already lined up behind Moore’s bid. Endorsement letters for Moore were received from Fraternal Order of Police District 7, F.O.P. Lodge 93, F.O.P. Lodge 86, and F.O.P. Lodge 25.


“I want to personally thank all of the men and women of our local Fraternal Order of Police Lodges for their continued support of my campaign and my ideas that will, in the end, make for safer working conditions and increase the likelihood of finishing their law enforcement career without significant injury or death,” Bill Moore stated on his Campaign Blog and Campaign Facebook page.

A video update also accompanied the update and in that video Bill Moore stated, “I look forward to working with these organizations to keep Orange County safe and secure well into the future.”

Moore officially kicked off his in November 2017, jumping in the race early in preparation for a
possible 2018 special election. A special election could be triggered in the event Pete Clarke, the current Orange County Commissioner for District 3, submit an irrevocable written resignation letter on or before June 8, 2018, in order to comply with Florida’s “Resign to Run” law and as a requirement in order to qualify as a candidate for Orange County Mayor. Clarke has been actively running for County Mayor. The determination of whether or not a special election will take place is dependent upon the effective date of the resignation. Should Clarke decide not to formally qualify, then there will be no change in Office and Bill Moore will continue to campaign for the 2020 Election for Orange County Commissioner, District 3.

Overall, the Fraternal Order of Police is the world’s largest organization of sworn law enforcement officers, with more than 330,000 members in more than 2,200 lodges across the nation.