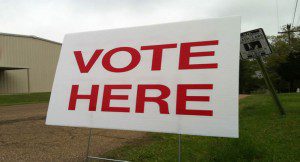 Today is election day for voters in the city of Orlando District 5, Apopka, Longwood and District 44.

Three candidates are competing to replace long-serving Orlando Commissioner Daisy Lynum, including her son, Juan Lynum. The other candidates in the race are Regina Hill and Cynthia Harris.

Meanwhile, Apopka voters also head to the polls Tuesday to determine whether 93-year-old Mayor John Land, who has been in office since 1949, will be replaced.

Land faced off against opponent, Commissioner Joel Kilsheimer in March, but neither obtained 50% of the votes cast to avoid today’s run off.

Voters in Longwood will also decide who will fill the vacant seat of city commissioner Butch Bundy, suspended last fall by Gov. Rick Scott. Bundy was charged with DUI following a car crash.