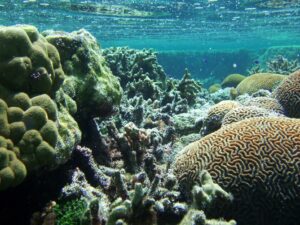 A bipartisan group of U.S. Representatives, including Orlando’s Darren Soto, are calling for the passage of bicameral legislation that would reauthorize and modernize the Coral Reef Conservation Act of 2000, strengthen NOAA’s Coral Reef program and give innovative new tools and resources to states, territories and local communities. In addition to Rep. Soto, Representatives Ed Case, Stacey Plaskett, Brian Mast, Jenniffer Gonzalez-Colon and Aumua Amata Coleman Radewagen announced the introduction of the Restoring Resilient Reefs Act of 2021, H.R. 160.


“Our Florida coral reefs are a national treasure that contain part of the most diverse ecosystems on earth,”  said Rep. Darren Soto. “We’ve witnessed how the effects of climate change, overfishing, pollution and development have threatened the vitality of coral reefs around our coasts. Protecting our environment, specifically preserving the precious habitats for marine life, should not have an expiration date. That’s why this bipartisan, bicameral legislation is key to reauthorizing existing federal programs and continuing the desperately needed programs halting the deterioration of coral reefs. Our Florida way of life depends on the health of our environment!”

The Coral Reef Conservation Act, which expired more than 15 years ago, was designed to promote the conservation of our nation’s reefs. In recent years, the decline in the nation’s coral reefs has only become more severe. The Restoring Resilient Reefs Act authorizes five years of directed federal funding and technical assistance to states, territories, and local communities for the restoration and management of coral reef ecosystems. The legislation also codifies and updates the U.S. Coral Reef Task Force and encourages innovative new Coral Reef Stewardship Partnerships among resource management agencies, research centers and community stakeholders.

Senator Marco Rubio filed the companion bill in the U.S. Senate this week.

“I saw the devastated condition of our coral reefs firsthand when touring the Florida Keys National Marine Sanctuary, and I promised a comprehensive response,”said Senator Marco Rubio. “This important bipartisan bill will ensure federal agencies are partnering effectively with state and local governments, as well as the communities who rely on the vitality of these critical habitats. I thank my Senate colleagues for passing my bill last Congress, and I am hopeful that both the House and Senate can quickly approve this legislation so it can become law.”

“Coral reefs play a critical role in protecting coastal communities from hurricanes and devastating flooding,” said Rep. Brian Mast.  “Restoring and conserving these reefs will also promote healthier ecosystems, protect aquatic habitats and support our marine life. That’s what this bill is all about.”

“As just one glaring instance of our country’s and world’s endangered coral reefs, my home state of Hawaii’s precious reefs stretch 1,500 miles across the blue Pacific from Hawai’i Island to Midway Atoll. Because of its isolation, our coral reef ecosystem is home to more than 1,250 unique species of marine life,” said Rep. Ed Case. “In fact, over 25% of all marine life is endemic to Hawai’i and scientists are finding new species regularly. Besides being a critical habitat for marine life, healthy coral reefs serve as vital natural infrastructure that safeguards our coastal and island communities by acting as a buffer against severe weather and shoreline erosion and serve as natural breakwaters for maritime ports and harbors. Coral reefs throughout our country are at severe risk and require our full investment of time, attention and resources to protect them.”

“Coral reefs are crucial for the conservation of our marine ecosystems; to address coastal erosion, which has increased on our Island in the aftermath of recent natural disasters; and to support our economy through jobs, tourism, and fishing,” said Rep. Gonzalez Colon. The Restoring Resilient Reefs Act will provide access us to additional federal resources to restore and protect our coral reefs, which will in turn strengthen ongoing recovery and reconstruction efforts in Puerto Rico.”

“A team of NOAA scientists have just discovered record coral colonies in American Samoa,” said Rep. Aumua Amata. “This bill supports the programs that lead this exciting research, and national efforts to preserve healthy ecosystems. Thank you to Rep. Soto and every cosponsor.”