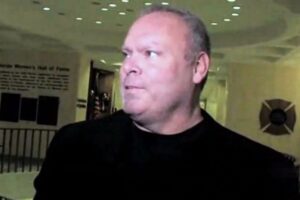 Oh, the unintended consequences of legislation in Florida. Making use of Florida’s recently enacted HB 1467, also known as the “Ban the Book” law, political stunt activist Chaz Stevens has sent demand letters to superintendents in 14 Florida school districts — including Miami-Dade and Broward County Public Schools – to “immediately remove the Bible from the classroom, library, and any instructional material … the banishment of any book that references the Bible … [laying] flame to that giant stack of fiction in a pyre worthy of a Viking sendoff.”


Stevens’ organization cites inclusion of unfitting topics, such as age appropriateness, wokeness, and social-emotional learning, as proof of the Bible’s unsuitability for children.

“With the constant babbling concerns about teaching Critical Race Theory, should we not take stock of the Bible’s position on slavery? I am concerned our young white students will read such passages and wake up to civilization’s sordid past,” Stevens snarkily wrote, followed by a passage from Ephesians that speaks of slaves and servants obeying their masters.

“The most troubling of issues for many, as it’s obvious once we teach little Jimmy and Susie to show empathy for classmates, they’re one giant step closer to getting their LGBTQ+ freak on,” caustically noted Stevens on confronting wokeism. “While we’re at it, why not ban disco along with math books, as both ideas seem equally and utterly stupid?”

Over the coming weeks, his organization plans to ramp up its efforts, filing similar requests with all 53 Florida school districts.

“The government can’t pick and choose religion, but can they choose which books they review for banning and which ones they don’t?” Stevens warned earlier.