The Orlando Police Department recently announced the discovery of an unregistered jewelry business by detectives. Thanks to a Central Florida Crimeline tip, SIU Detectives found a lot more behind a door – more than 200 pounds of illegal drugs and over $1,000 in cash were discovered. Here’s a look at the haul: 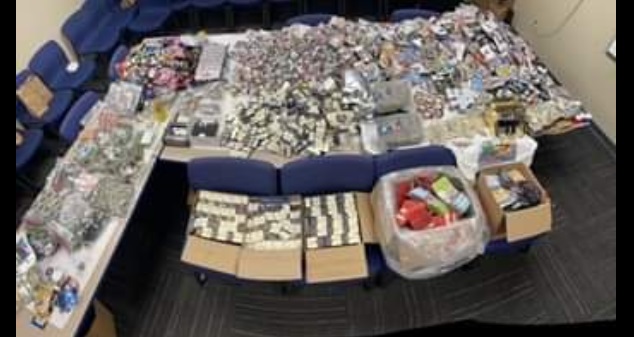 This is one of the many seizures of drugs by cops around Orlando. The local police are thankful for the community tips that are helping clean up the streets and thwart local crime.

“Thank you for the tip we received,” the Orlando Police Department posted.

OPD reminds the public, if you “see something, say something.”