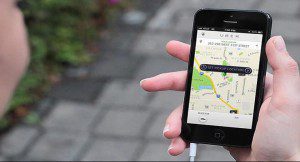 Launched in Orlando on June 4, the San Francisco-based start-up provides its UberX app which is used to coordinate rides between passengers and drivers who use their personal vehicles. Since Uber’s launch there has been push back from local taxi services who say Uber is operating illegally.

Dyer said, as of Tuesday night, the city had begun to enforce its vehicle-for-hire ordinance, including issuing violations to Uber drivers and impounding cars.

“We are learning as much as we can about Uber’s operations,” he said. “That’s why we are gathering information and didn’t want to have a knee jerk reaction like the city of Miami.”

He said the city will continue its conversations with all stakeholders in the industry, continue to gather information and enforce its regulations.

“Our assessment is, they [Uber] are in violation of our vehicle-for-hire ordinance so we are enforcing our ordinance,” Dyer said.