Last month, Orlando Property Crimes Detectives and the Parramore Bikes Unit worked together to solve a series of burglaries throughout the city of Orlando. In the end, two suspects, Torien Humphrey, 23, and Santiago Regis, 22, were arrested and a lot of guns and drugs were seized. 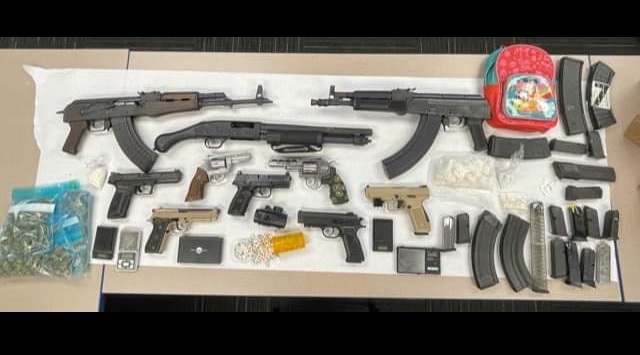 “Thanks to this collective effort, now our City of Orlando is safer and victims are one step closer to being made whole after being violated,” OPD posted.