Trump Coming to Orlando with O’Reilly 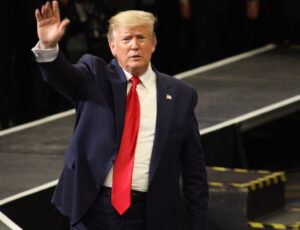 Former President Donald J. Trump will be back in Orlando on Sunday for his “History Tour,” hosted by Bill O’Reilly. The event will likely bring traffic to the Amway Center area of downtown, along with the likelihood of an influx of red MAGA hats and Democratic counterprotests.

“In a series of live conversations across the country, Mr. Trump and Mr. O’Reilly will discuss exactly how things were accomplished, as well as challenges, both good and bad, during the four years of Mr. Trump’s presidency,” the event promotion stated.


The doors will open for the Trump event at 12pm, and guests are encouraged to arrive when doors open or shortly thereafter to accommodate enhanced security check. Tickets start at $100 and they are still available at the Amway Center.

Despite other media reports about ticket sales, O’Reilly has pushed back. “Without any marketing at all, the Trump O’Reilly History Tour has already grossed more than $7 million,” said Bill O’Reilly. “This tour will be one of the most lucrative of all time.”

Earlier, Trump seemed to like the media attention and was ready to put on a show. “My tour with Bill O’Reilly is getting a lot of attention, and I’m looking forward to it,” Trump said.