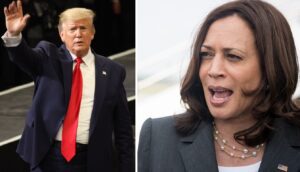 
A majority of voters believe Harris will be President before 2024, leading into the next election. But Democratic messaging is off around the country and political opportunities are being squandered. On top of that, the Biden administration is seemingly setting up a return of Trump’s biggest issues to the main stage.

It’s close, but if you listen to Democrats, Trump should be done in politics. In the McLaughlin poll, Trump leads 49% to 45%. He also leads among independents and suburban voters slightly. Trump is also still showing higher support in minority communities than Republicans normally receive, with 39% of Hispanics and 17% of African Americans.

Biden does maintain a positive job approval rating, but Harris may have a lot to prove on the national stage. Her first international trip had mixed reviews and results, and now her upcoming visit to the Southern border will directly pit her against Trump on his top issue.