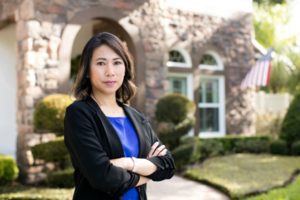 U.S. Congresswoman Stephanie Murphy’s campaign announced that she had raised over $410,000 in the second quarter of the year, bringing her total raised this cycle to over $700,000. She ended the quarter with more than $500,000 cash on hand and is already in a strong position heading into 2018.

Those numbers are sending quite a message to Republican Florida state representative Mike Miller, who just announced his intention to run for Congress against Murphy. Miller or any other Republican is going to be in for quite a fight to take back this congressional seat based on the latest fundraising success from incumbent Murphy.


“Stephanie is thrilled to have the support of Democrats, Republicans, and Independents who are thankful she is fighting for central Florida, making our nation safer, and getting results,” said Sara Jensen, finance director for Stephanie Murphy for Congress. “Stephanie is standing up to this White House and a Congress hellbent on dismantling our health care, which is why national Republicans started running ads against her after only four months in office. Stephanie remains focused on doing the job she was elected to do: serving the people of central Florida and fighting for jobs, security, and equality.”

Florida’s 7th congressional district encompasses all of Seminole County and much of northern Orange County, including Winter Park and most of downtown Orlando east of Orange Avenue. It will likely be a hotly contested race, along with national focus from leaders in Washington D.C.