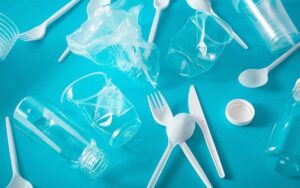 Each year, an estimated 18 billion pounds of plastic waste enters the world’s ocean from coastal regions. In fact, between 60 to 90 percent of the litter that accumulates on shorelines, the surface, and the sea floor is made up of plastic.


“Removing the state’s preemption on banning single-use plastic and Polystyrene is not only the right thing to do, it’s the smart thing to do,” said Representative Grieco. “As a former city official myself, I firmly believe in the power of local control, alongside the importance of protecting our environment at a place-based level. That’s why I’m proud to re-file this bill with Senator Stewart.”

The results are devastating: from coral reefs being smothered in bags, turtles gagging on straws, storm water systems being choked, to whales and seabirds starving because their bellies are jammed with bits of plastic that there’s no room for real food– this is a crisis, and we have the power to make it better.

“By removing this language we give home rule back to cities and counties allowing them to decide what best fits their needs. Coastal or lakefront communities may wish to ban these containers to reduce pollution that negatively effects other sectors of their economies such as tourism,” said Senator Stewart.

Reducing even just the use of plastic bags can mitigate harmful impacts to oceans, rivers, lakes, forests and the wildlife that inhabit them. It can also relieve pressure on landfills and waste management. New research is also emerging around the possible long-term impacts of tiny pieces of plastic on the marine food chain—raising questions about how it might ultimately impact human health and food security, too.