U.S. Senator Tim Kaine led Senator Mark Warner and Virginia Representatives Gerry Connolly, Don Beyer, Elaine Luria, Abigail Spanberger, and Jennifer Wexton in calling for a vote by the full Senate before the end of the 117th Congress to remove the arbitrary time limit for ratification of the Equal Rights Amendment. Virginia became the 38th and final state needed to ratify the ERA in 2020.

The ERA would finally guarantee full and equal protections to women in the U.S. Constitution. Senator Marco Rubio and Senator Rick Scott are not currently supporting this effort, leaving Florida off the list of cosponsors. The U.S. House of Representatives has successfully voted multiple times—most recently in 2021—to remove the ratification time limit, but the Senate still needs to act. 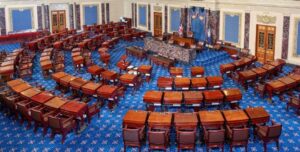 “For over 250 years, American women have been denied the same legal rights and protections as men under the law,” wrote the lawmakers in their letter to Senate Majority Leader Charles Schumer and Minority Leader Mitch McConnell. “This is unacceptable. Women have waited too long for our nation to fulfill its promise of equality.”

The lawmakers continued, “We believe that there should be no time limit on equality… The required 38 states have now ratified the ERA. The House has passed legislation eliminating the time limit for ratification. Now it is up to the Senate to remove any obstacles to certifying the ERA as the 28th amendment. More than a century after women fought for and earned the right to vote, our progress as a nation is incomplete unless all women are able to achieve freedom and equality.”

Warner and Kaine are cosponsors of a joint resolution and bipartisan legislation to remove the ERA ratification time limit.

When Congress first passed the ERA in 1972, it required three-fourths of the states to ratify the amendment within seven years. By 1977, 35 states had ratified the ERA and in 1978, falling short of the required 38 states for adoption, Congress extended the time limit an additional three years. Now that Virginia has become the 38th and final state needed to ratify the ERA, the Virginia lawmakers are pushing to extend the ratification time limit to ensure the Virginia General Assembly’s vote to ratify the ERA counts.

Here is full text of the letter urging the Senate to act on the Equal Rights Amendment: