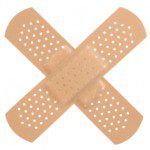 The Senate approved an amendment Tuesday that would allow the secretary of state to discipline underperforming elections supervisors but largely rebuffed Democratic efforts to change an elections bill meant to prevent the kind of snafus that plagued the state’s 2012 elections.

The back-and-forth on the measure set up a potentially divisive fight over the bill (HB 7013) at the Senate’s next session, expected next week. And it underscored the key disagreement about the measure: Republicans think that it will patch up the shortcomings of last year’s vote, while Democrats say it doesn’t go far enough to repair the system.

One of the most significant changes approved Tuesday would allow the secretary of state to deem a local supervisor to be in “noncompliant status” if the supervisor didn’t meet certain legal requirements — costing the official $2,000 in pay.

If the supervisor remained in noncompliant status for three straight years, he or she could be suspended by the governor and ultimately removed by the Legislature.

Sen. Miguel Diaz de la Portilla, R-Miami, brushed aside the idea that the proposal was targeted at Miami-Dade County’s supervisor by pointing to statements by Secretary of State Ken Detzner that five supervisors underperformed in 2012.

“This is an additional incentive to those and all other supervisors … to basically follow what the law requires them to follow,” Diaz de la Portilla said.

Critics, though, also argued that the law would give the appointed secretary of state far too much authority over local elected officials, and raised questions about how it might be used.

“I’m concerned about politicizing the office of supervisor of election using the noncompliant status in kind of a selective way,” said Sen. Geraldine Thompson, D-Orlando.

Following the debate, Detzner told reporters he thought the amendment — which passed 22-18 — could help.

“As the chief elections officer, I’m held accountable for a lot of issues that I don’t have a lot of control over. … I think it strengthens the relationship between the secretary of state and the supervisors, and I think it can be a very positive development,” he said.

But the change angered local supervisors. On Twitter, Pasco County Supervisor Brian Corley said he had watched the Senate “take a great election bill & poison it” by adding the amendment.

“I am very disappointed with passage of this amendment but this still has to go [through] the House!” Corley said in a separate tweet.

Other changes included Sen. Jack Latvala, the Clearwater Republican who sponsored the Senate version of the bill, dropping his efforts to reinstate a witness requirement for absentee ballots, and a change allowing voters in some counties to cast regular ballots even if they had moved from another county but hadn’t officially changed their address yet.

That latter represented a concession to Democrats, who had proposed doing away with a 2011 change in the law barring voters from changing their addresses at the polling place. But voters moving from another county would only be allowed to cast a regular ballot if the new county tracks who has voted with an electronic database.

Voters who move inside the same county can already vote based on their new address.

But Smith, the Democratic leader, said that would give some residents easier access to the polls than others.