A pair of Senate Democrats Wednesday called on the State Board of Education to investigate delays in the scoring of the state’s FCAT tests and its contract with test assessment company NCS Pearson. 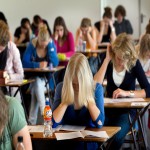 But the board’s chairman said Wednesday that the board’s own investigation shows proper procurement procedures were followed, the company has taken responsibility and has gone a long way toward mending fences over delays that jeopardize it $250 million contract with the state.

Following delays and mounting criticism over NCS Pearson, Sen. Dan Gelber, D-Miami Beach and Nan Rich, D-Weston, called on board chairman T. Willard Fair to conduct a “full and complete investigation” to determine who is to blame for the delay. Some test scores will not be available until the end of June.

Superintendents say the delay will hit their budgets and make it more difficult to place students for the upcoming school year since test scores are often used to match students with appropriate level courses. Districts may have to hire additional staff to accommodate the late scores.

“The Pearson debacle is inexcusable and it is our hope that the Board will take all necessary steps – including an audit and investigation – to determine how it happened, so we can assure this sad episode doesn’t repeat itself,” Gelber and Rich wrote in a letter to Fair.

Pearson, awarded a $250 million contract in 2009 to handle scoring of the statewide assessment test until 2013, has apologized for the delay, saying it underestimated the challenges involved with the state’s reporting requirements.

On Tuesday Pearson President Douglas Kubach went before the state board of education, took full responsibility for the delay and promised to reimburse school districts for any added costs.

Kubach’s comments appear to have addressed many of those concerns. In a statement Wednesday, Fair said the company has gone a long way to regaining the state’s trust.

“These damages, along with Pearson’s pledge to reimburse school districts for extra costs associated with the delays do not correct the situation, but they will help to alleviate the negative impact that is being felt throughout our schools and communities,” Fair said.

The FCAT is given to students in grades 3 through 11, with reading and math tested in most grades and science and writing tested in some of them. Passage of the FCAT in high school is required to graduate. Harcourt Assessment, acquired by Pearson in 2007, had provided similar materials related to the FCAT since 2000.

In early June, Florida Education Commissioner Eric Smith apologized to parents of public school students while blasting the company for not delivery what it promised during contract negotiations.

“I am both outraged and frustrated by the situation Pearson has caused and I do not intend to allow these inexcusable delays to go unanswered,” Smith said in a statement. “ In addition to demanding that Pearson ensure all future test administrations are absent of the technology issues we have experienced this year, I also intend to impose significant financial penalties as a result of their failure to meet contract deadlines.”

While pointing a finger at Pearson, Gelber and Rich also want to know who was responsible for contract oversight within the Florida Department of Education.

“We believe the Board must conduct a full and complete investigation to determine why the Department failed to hire a company with the core competencies necessary to complete its task and, likewise, failed to oversee the contract adequately,” the pair wrote.

Fair said the two viable bidders were scrutinized by 10 evaluators with experience in the testing field, more than state rules require. He was confident the agency did all it could to assure the best bid was chosen.

“As a result of this lengthy and thorough evaluation, Pearson not only received a much higher technical score compared to their competitor, but they were able to offer a much lower cost for their services.” Fair wrote. “It was the Board’s conclusion that the most appropriate vendor was selected and that the integrity of the procurement process was firmly upheld.”

By Michael Peltier
The News Service of Florida

The Betrayal of Nan Rich Is A Loss For Democratic Party

And They’re Off: Democrats Place Hopes in Charlie Crist