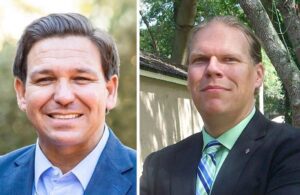 
Governor DeSantis,
I sincerely ask that you veto SB1078.
While I support holding political offices and their elected officials accountable for their actions and inactions, this bill will handicap and hinder active and productive conservation districts throughout our state.
Since taking office in 2014, I have personally witnessed how difficult it is to find candidates who were genuinely interested in running to serve as volunteers and are willing to dedicate the time (often more than twenty-five hours a month) to their elected office. Soil and Water Conservation Districts get their strength and flexibility from the diversity of their individual members. I have traveled across the state and the nation to meet with other conservation districts. I have met soil and water supervisors who are soil scientists, architects, teachers, lawyers, accountants, biologists, civil engineers and many other professions including farmers and ranchers. Their diverse backgrounds and perspectives are a valuable asset to their boards and the communities they serve. They should not be excluded from running for office.
In addition, SB1078 would deny many potential dedicated candidates in soil and water conservation district elections the right to run. The legislation condenses the possible list of candidates to specific geographic areas and within a narrow career field. In addition, it inadvertently places an age restriction on candidates. If the seats in many soil and water conservation districts go from being “at-large” to assigned geographic districts, there are many instances where there may not be any possible candidates that qualify under the new narrow requirements. By requiring ten years employment within the agriculture field, you have artificially inflated the age a candidate can run from eighteen to twenty-six or twenty-seven.
Finally, SB1078 does not take into account the soil and water supervisors who were elected to four year terms in 2020 or the voters who duly elected them. Those candidates deserve to finish their term before new rules go into effect.
SB1078, in short, tries to do too much too quickly. Most of what it is attempting to do is unnecessary and unwarranted. With this in mind, I again ask that you veto SB1078.
Sincerely,
Ed Young, M.Ed
SSWCD Chair & Group 4 Supervisor