See How Much You Love Me 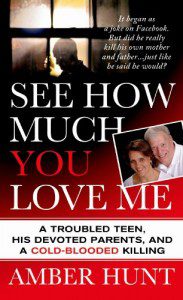 Though Florida is known for its entertaining attractions there is a darker side that is just as well known.  It is a place of bizarre murder cases. Two of them are Casey Anthony and George Zimmerman.  There is another one that is just as strange that author Amber Hunt tells in her book “See How Much You Love Me.” This is the case of a teenager who killed both of his parents then put out over Facebook and other social media that he was having a big party at the house. He left their bodies in their bedroom and had his party. Tyler Hadley, the person who put on the party, seemed to be a normal teenager, but he was anything but normal.  Amber Hunt takes readers through the case and shows that Tyler is a very sick person who is where he should be in jail.  “See How Much You Love Me” is a very chilling case of murder in the sunshine state. 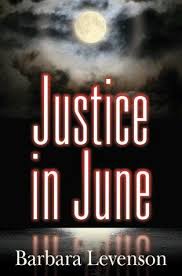 Mary Magruder Katz is back in another great legal thriller.  This time she has to defend a judge who has been accused of being crooked, and defend a man who is accused of being a terrorist. Levenson who was a practicing attorney and later judge in the Miami area,brings a sense of realism to her novels of Mary Magruder Katz.  With the terrorist defendant she shows how Homeland Security is obsessed with its job to the degree of being just as radical as the people they are after.  “Justice in June” is another great legal thriller for fans of this genre. 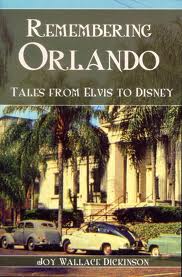 For the rest of the world Central Florida means Disney World, but there is another side to Orlando that much of the world has no idea about. Joy Wallace Dickinson reveals many different things about Orlando and Central Florida that are interesting and fun reading.  Some of the things are how and when Walt Disney began buying up land to create Disney World, buildings that are still in the downtown skyline of Orlando, the beginning of the Daytona Beach racetrack, signs in Orlando, a trip to Orlando by Elvis.  Another major attraction of Orlando, no longer in business, is the special deli restaurant Ronnies that was an institution known worldwide for its deserts and other things unique to this establishment.  “Remembering Orlando: Tales From Elvis to Disney” is a fun look back at many aspects of the area that is the number one destination of tourists worldwide.

Through The Fire: Journal of a Child Star 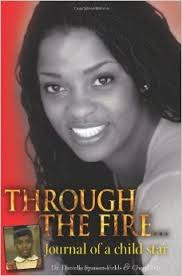 Danielle Spencer Fields played one of the most memorable characters of a sitcom of the 1970’s as Dee the wisecracking annoying sister of Roger Thomas in “What’s Happening.”  Now she tells her life story in “Through The Fire: Journal of a Child Star.” Shortly into her run as Deeshe and her step father Tim Pelt were in a major car crash. Her step dad died while she was taken to a hospital. She went into a coma but came out of it and was treated and released.  Because she went back to work everyone thought things were fine.  After the show left the air she went about her life going to school, college, and later becoming a veterinarian and even finding true love.  Things could not be better.  It was on a trip with her family that she found out that the car crash so long ago had caused a lot more damage to her system than anyone ever realized. Danielle has had a strong faith in God, a support system of husband and family, and therapy to help her along the path she is on.  “Through The Fire: Journal of a Child Star” is an inspirational testimonial that there is hope when everything seems to be the worst it can ever be.