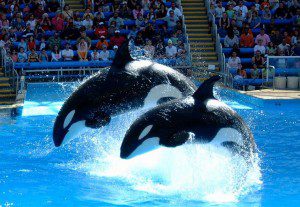 SeaWorld shares plunged Wednesday, falling by as much as 33%, after the theme park reported that it failed to meet earnings and revenue expectations.

SeaWorld reported earnings of $0.43 per share, less than the $0.59 that was expected by analysts.

For the first time, the Orlando-based company conceded that attendance at its theme parks has been hurt by the negative publicity it received from a controversial documentary “Blackfish” which laid bare the dangers of keeping orca whales which are featured in shows, in captivity, the latimes.com reported.

In the past the company has said that weaker that projected attendance was due to increase in ticket prices and a shift in the timing of Easter holidays this year.

The company reported 6.6 million visitors in the April to June period, nearly flat compared to the same period in 2013.