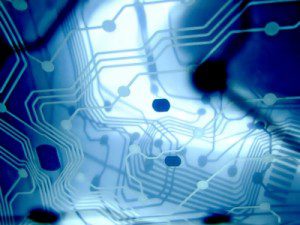 Gov. Rick Scott said Tuesday that Florida, never a major player in the manufacturing economy, should boost its role in the industrial economy and the shipping sector, but also should focus on new high tech industry.

“I don’t understand why Tallahassee is not Austin,” Scott said during an interview with the Tallahassee Democrat editorial board, the paper reported. “We should be a technology center.”

It’s an echo of one of the themes of former Gov. Jeb Bush’s tenure, when Bush professed alarm at the degree to which the state’s economy was dependent on retirees moving here and construction workers moving here to build homes for retirees, and tourists.

Bush warned that if the home market ever went bust, the state would be in trouble, and during his time in office tourism took a shot from the Sept. 11 attacks.

Scott has made shipping another focus, with much of his transportation agenda focusing on improving the state’s ports. Scott also said during his editorial board meeting, only his second since starting to run for governor in 2010, that businesses have to wait too long to get decisions from state government.

“Just tell me the darn rules and give me an answer,” Scott said.