Scott Inaugurated, What Would He Say?

As Rick Scott, multimillionaire outsider businessman prepares to become Rick Scott governor, one of the first things he’s likely to find out is that nearly everything has a constituency. 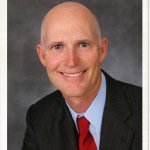 Scott has professed he’s here to be the bad guy to many of those constituents, if they’re pushing to continue something Scott believes doesn’t work, or won’t work, particularly if it costs money.

But as he prepares to assume office on Tuesday, and to lay out his vision in what will be a closely-watched inaugural speech, without the harness that sometimes might constrain a candidate, the News Service asked some of those constituencies what they’d like to hear him say.

Many – even some groups who are generally expected to be at odds with Scott – said they’re hopeful, and looking forward to something new. Several said they appreciate that Scott comes from outside the typical “Tallahassee beltway” experience, and are hoping that will bring new ideas to an extraordinary time, when unemployment is at a near 40-year high and the economy remarkably stagnant.

Barney Bishop, director of Associated Industries of Florida, one of the state’s leading business lobbies, is a natural ally. He was one of a few observers hoping for a tone of realism in contrast to the sunny optimism of outgoing Gov. Charlie Crist, who just couldn’t ever say that distasteful medicine might be needed.

“He needs to say that this is a time where we need some tough love – we need some straight talking recognition of what our problems are,” said Bishop.

The business community is looking forward to an expected policy announcement – with Scott sending out word that he’ll follow through on a campaign promise to freeze new regulations. That will signal business to start hiring, Bishop said.

“I think this governor is going to create a mantra of certain questions that agencies are going to have to answer before they go forward,” with new rules,” he said.

Another constituency that, like the business community, helped get Scott elected, is the tea party movement. It’s amorphous, so no one leader speaks for the whole group, but Scott’s “outsider” persona is popular with its followers, and many who profess to be “tea partiers” want him to reassure them that he won’t get co-opted.

“I’d like to hear him talk about a new day – that this isn’t the same old game with just new players,” said Jason Hoyt, who heads up the Central Florida Tea Party Council, an umbrella for various tea party groups in the Orlando area. “All these government solutions have proven to be a failure. I hope that he’s there to help get government out of the way so we , the people, can come up with our own solutions.”

The state’s largest labor group, the Florida AFL-CIO, also is hoping for change. But the union is already at odds with Scott over some of the suggestions made by his transition team on unemployment, and its legislative director, Rich Templin, said Scott’s theme of using tax cuts to jumpstart the economy doesn’t seem like change.

“What we would really like for him to discuss is the fact that simply moving forward with the same tired old strategies to stimulate the economy need to be rethought,” Templin said. “Throwing money at different industries in the form of tax breaks isn’t going to cut it because we’ve been doing that the last 10 or 15 years?. Gutting regulations and making it easier for big corporations to use Florida and our resources at their whim, we’ve been doing more of that the last 10 or 15 years. We’d like to hear him actually be the outsider ? rather than falling back on the same tired old strategies.”

Another group that might be nervous about Scott’s ascendancy would seem to be state workers.

But Doug Martin, a spokesman for the union that represents many of those workers, the American Federation of State, County and Municipal Employees, or AFSCME, said the union is keeping an open mind.

“We’d like to meet with him and sit down and have a discussion with him,” said Martin.

The tone of the speech could go a long way to keep that line of communication open. Another governor, Jeb Bush, closed it nearly right away, when he said in his inaugural speech that he wanted for state government buildings to be empty. He meant that he wanted the need for big bureaucracy to be lessened, but the message made him a villain to that bureaucracy before he even got started.

“State workers, they work 24-7 jobs many of them, in prisons, and hospitals and on road crews and state parks and if he said that he respects the work that they do for the state of Florida and he’s going to make sure they’re treated in a way that’s worthy of that respect that would (ease minds)” in the workforce, Martin said. “We live in the same Florida that everybody else does ? and we want the governor to be successful in improving that economy.”

Scott may be able to shift the paradigm as an outsider – and not get bogged down in fights with some of these constituencies. More than once Scott has said he will be the bad guy sometimes, and not everyone will get what they want.

He may be able to simply ignore some constituencies, or even take them on outright. Gov. Charlie Crist was able to write off the insurance industry by parlaying that opposition into a populist pro-consumer stance, for example.

Martin points out Scott may need state workers, who after-all must implement his policies.

The single issue groups that generally backed Scott hope to gain momentum from a shout-out, of sorts, in the inaugural address. To be mentioned implies priority. If it’s in the speech, there’s a sense it’s likely to happen, and soon.

Scott said on the campaign trail that he favors more school choice, and broader use of vouchers.

“We’d be tickled to death if he said that again tomorrow,” said Jon East, policy director for school choice group Step Up For Students.

Another group that may seem a natural ally, the Republican-dominated Legislature, has its own constituencies, and its members have their own electoral and policy agendas that may or may not coincide with Scott’s. Most Republican lawmakers supported his opponent in the primary, Bill McCollum.

Rep. Will Weatherford, R-Wesley Chapel, who is slated to be the Speaker of the House during the second half of Scott’s term, said he hopes Scott simply stays focused on his campaign theme of job creation, with a little education thrown in.

“If he keeps his comments focused on generating jobs for the state, reducing the size and scope of government, creating a 21st Century education, I think that’s what the people want and you’ll probably see those three things tomorrow,” Weatherford said.