One of Gov.-elect Rick Scott’s most high-profile campaign promises – to slash $1 billion from the state’s prison system – drew a powerful push-back when the union representing correctional officers aired television spots warning he would start releasing inmates to reduce spending. 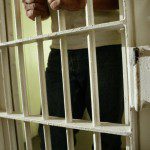 But a lengthy list of less-stunning belt-tightening measures is quietly emerging. Many are likely to find their way into Scott’s February budget proposal to lawmakers, those close to the incoming administration say.

“The plan was to find a billion in seven years,” said Scott spokesman Brian Burgess, disputing the Florida Police Benevolent Association’s TV spots, which implied the cut would be a first-year reduction that dramatically shrunk the Corrections Department’s $2.4 billion budget.

“We will do that and more by eliminating waste and improving efficiency,” Burgess said of the $1 billion savings claim. “Privatization isn’t necessary for us to achieve that goal, but nothing is off the table while we are still in the review and planning phase.”

The Florida Senate may be among those providing Scott with a road-map to some savings. A recent study by the Criminal Justice Committee points out that state spending on inmate health care services hit $400 million last year – almost double the level of a decade ago. The study suggests that some of Scott’s cost-cutting could be reached by giving private vendors a bigger share of inmate care.

Meanwhile, the state’s Office of Program Policy Analysis and Government Accountability (OPPAGA) has sent to state legislative leaders a host of other potential prison savings, some of which mirror those also advanced by state business groups, led by Florida TaxWatch.

Expanding state drug courts to keep thousands of nonviolent criminals out of prison, expanding faith-based institutions to reduce recidivism, and expanding the use of electronic monitoring could save millions of dollars, analysts said.

But just as Scott is lining up such major repositories of cash as the Florida Retirement System and state worker health insurance for changes to extract savings, prison health care services are a big-ticket item that could rain dollars if revamped just right.

Still, done badly, the initiative could also backfire on the incoming governor.

With more than 103,915 inmates scattered across 55 prisons and 77 other lockups, the Corrections Department has had a checkered history with inmate health. A federal court in the milestone Costello v. Florida case in 1979 found that inadequate medical care amounted to cruel and unusual punishment in the state, prompting more than two decades of litigation and continued federal oversight of prison health care.

The Correctional Medical Authority was formed in 1986 to provide independent evaluation of the prison system’s health care services. CMA’s future also is in doubt, with allies of Scott and public health leaders recommending it be moved out of the Department of Health, as part of a likely overhaul of that agency.

About one-third of inmate health care dollars currently go to community providers. But the department has scaled back an ambitious, five-year privatized effort in South Florida after first having trouble with vendor, Wexford Health Sources, Inc., who failed to meet some of its contract requirements, and then later Prison Health Services, now PHS Correctional Healthcare, which dropped its state contract in 2006 after facing higher-than-expected hospitalization rates.

PHS, which has prison health contracts in 20 states, is headquartered in suburban Nashville, near where Scott’s former health care company, Columbia/HCA, was anchored. States with larger prison systems than Florida’s, Texas and California, contract privately for much of their inmate health care.

“We’d be excited at the prospect of putting in a proposal if the state moves in the direction of privatizing,” said Martha Harbin, a Florida spokeswoman for PHS. “Inmates are the only people with a constitutional guarantee of health care and it has to meet a community standard of care. That can be expensive. But with a private company, you’re getting a centralized management, saving on malpractice insurance and you might even be able to have some inmates become eligible for Medicaid.”

Howard Simon, executive director of Florida’s ACLU, which has represented inmates in civil rights cases, said he hopes Scott puts as much emphasis on changing sentencing laws as he does on cutting prison costs through layoffs of correctional officers or privatizing health care.

“If you don’t have sentencing reform, drug treatment and the expanded use of drug courts to keep people out of prison, you are just adding to the inmate population that is exploding in the prison system,” Simon said.

Matt Puckett, a PBA spokesman, said it’s clear Scott’s $1 billion in corrections cuts may not involve wholesale inmate releases. But the changes may prove controversial on another level.

As Florida Recount Continues, Nothing Likely to Change