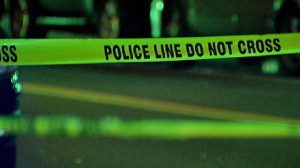 Today, the Florida Civil Rights Association will hold a press conference outside of the Orlando Police Headquarters to announce the recent filing of Notice of Intent To Sue the CITY OF ORLANDO and the ORLANDO POLICE DEPARTMENT over a police-involved shooting that left Karvas Gamble, Jr., dead, January 16, 2013.

The notice states in part that on or about January 15- 16, 2013, employees of the Orlando Police Department (OPD), including Officers Christopher Bigelow and Anthony Mongelluzzo, utilized a warrantless “Knock and Talk” tactic at 1327 West Arlington Street, Orlando, Florida, based on information from a confidential informant he had seen ten (10) pounds of cannabis there. During the “Knock and Talk” event, OPD officers did not simply walk up to the front door, knock, and speak with whomever answered the door. They instead surrounded the structure, hid in the backyard, looked inside windows, and were in places they had no lawful right to be. Officer Bigelow announced his presence while looking in from a back window – hardly a place one expects a normal visitor. It was from that spot Officer Bigelow used unjustified deadly force against the Claimant, Karvas Gamble, Jr.

The notice further states that as a direct and proximate result of OPD’s actions, Claimant is now deceased. Employees of OPD, while acting in their capacity as employees of the City of Orlando, intentionally and purposely deprived Claimant of his life, liberty and other state and federal Constitutional protections by conducting their warrantless “Knock and Talk” tactic and their use of unjustified deadly force. These actions likely involve claims of assault, battery, wrongful death, invasion of privacy, negligence, vicarious liability, and § 1983 violations.

September 2013, a grand jury report criticized Orlando police for their handling of a police “Knock and Talk” investigation that left Gamble dead. The grand jury report also states: “Our conclusion bluntly is that this should not have happened.”

Attorneys Kyan Ware and Shayan Elahi represents the Florida Civil Rights Association and Tanjiula Lippett, the mother of victim, Karvas Gamble, Jr. (A copy of the Notice of Intent to Sue will be provided at the press conference or upon request by email at media@fcranews.com)

Outside of the Orlando Police Headquarters

Thousands in Orlando to protest human rights violations in Venezuela